Nothing suggests mental illness more than the tortured reasoning used by anti-nuclear activists to attempt to justify their positions.  Often they fixate on particular claims which turn out to be utterly ludicrous after even shallow examination.  One of these is the argon-41 chromosome-damage "theory" currently being flogged by BasG (Bas Gresnigt) over at Atomic Insights.  This short-lived isotope (half-life 106 minutes, beta-decaying to stable potassium) is a noble gas, and disperses rapidly in air by diffusion and turbulent mixing.  The "researchers" who tortured their data to make it confess the crimes of 41Ar got it to sign a statement amounting to this:
Got that?  I lost 5 IQ points just from reading the crap required to write that summary, so I'm not going to repeat it.  Oh, the "researchers" conveniently left out the mechanism by which 41Ar singles out the sex chromosomes for damage, rather than causing mutations and consequent birth defects all over the genome.  It's just one of the ways that 41Ar is evil, I guess.

Back in reality, things are just a little bit different.

Argon is only a trace constituent of air.  Nitrogen is 78% of air by volume, while all isotopes of argon are only 0.93%.  Further, each molecule of nitrogen has two atoms while argon has but one.  Last, the thermal neutron capture cross-section of nitrogen is 1.91 barns, while argon's is only 0.675 barns.  The upshot is that a free neutron in air is about 470 times as likely to be soaked up by a nitrogen atom (forming stable 15N 14C by the (n,p) reaction) than by 40Ar.  My understanding is that even that's not terribly likely, and the most common fate of neutrons in air is beta-decay to hydrogen (half-life ~11 minutes).

But let's follow this to the end.  40Ar plus a free neutron have a total mass of 40.9710480385 AMU.  41Ar masses 40.9645006 AMU, for a difference of 0.0065474385 AMU or on the order of 6 MeV.  This will be released as a gamma ray.  This is certainly enough to ionize an atom... but is it likely to stay that way?  The ionization energy of argon is 15.7 electron-volts (eV).  The ionization energies of both nitrogen and oxygen are less than that, so at the first collision with an oxygen or nitrogen molecule the newly-formed 41Ar+ ion is going to steal an electron and not be an ion any more.  That will take on the order of picoseconds.

Last is the issue of location of the decay.  The typical human contains enough potassium that the beta decay of 40K occurs around 4000 times per second; against this background of beta decays, you'd have to have a huge effect from 41Ar to measure something.  But even if an atom of 41Ar was able to stay ionized, attach to a dust particle or water droplet, and stick around near a human, what is the likelihood that it could be ingested and migrate to the gonads before it decayed?  Roughly zero.

The funniest thing about this 41Ar "theory" is that there are actually people who take it seriously.  So who's pushing this nonsense?  There are two basic possibilities here, not necessarily mutually exclusive:  either they are objectively deluded (crazy), or they want you to be.  The latter want to panic you into following their agenda, which you wouldn't do by pursuing your own interests.  And that, my friends, is evil. 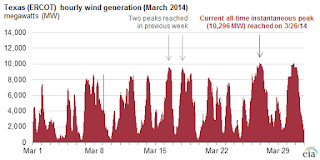