Regarding the on-going crisis of the nuclear plants in Japan, I received this (which I have abridged and reformatted as a numbered list):

So, what do we learn?

I think the real lessons look more like this: Nuclear power has saved Japan an immense amount of money for imported fossil fuels, as well as the pollution from burning those fuels and dealing with e.g. ash.  Even if several of these plants have to be scrapped, a small radiation release will not contaminate land (as Three Mile Island proved) and will not prevent rebuilding.  Japan's nuclear balance sheet probably still shows a fat profit.

The biggest problem may not be the loss of the plants themselves (I understand that they are among the oldest in Japan), but the lack of ability to replace them quickly.  The plants which make the large forgings for reactor pressure vessel heads are booked years in advance.  If R&D had pushed forward over the last 40 years to yield e.g. small modular molten-salt reactors, it would be much quicker and cheaper to replace the lost plants.  There might not even have been an issue, because the oldest, least-robust plants might have been replaced already.  But that, sadly, isn't the world in which we find ourselves.

In which I am 3 times as bold as Thomas Friedman, and years ahead

In the NY Times, Thomas Friedman finally makes a concrete suggestion for increased gas taxes:  boost them by $1/gallon at 5¢/month.  He had made a similar suggestion about 2.5 years ago, but it was fairly vague.

The future isn't what it used to be

A little selection from the 1972 Britannica Yearbook of Science and the Future. 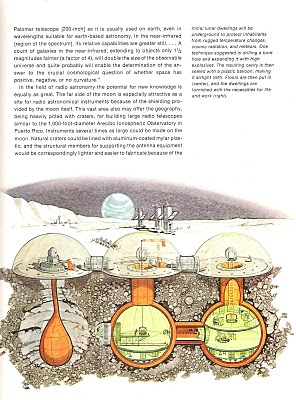